I have been investing a little time in establishing this Christmas Wiki to serve as both a community reference and model of my own understanding.  I've been getting a lot of feedback and requests for definitions.  I was just asked to add SPACE and TIME (which I did) but I thought you might want to take a peek from your TSK, tsk, perspective and see if you can life with my definitions.

Likewise anyone in this community should feel free to message me or email me with suggestions for terms to be defined or modifications to existing definitions.

Nice. I of all people appreciate the snark. But it diverts from your earlier point. It's been and continues to be very popular in the kennilingus world with iOS etc. And your issue was whether putting a small i in front could stand the test of time, which it obviously has. And not just in kennilingus but with Apple products, which is from where I suspect the Lingam's stolen it.

I haven't decided on a term yet, but I'm steadily ruminating!  But regarding the above, my thought would be to use a less fad-like basic term that could still lend itself to the iGPS formulation (for more popular publications).  So, something like Integral Grammar Philosophy or Integral Grammatical Philosophy (System) (which could also be Integral Global Positioning System).  I could use the whole term in some contexts or times and the acronym in others.

Or, um, I could name this in Board Game style:   Integral Theory (the Extended Grammar Edition).  :-)

I'm not against iGPS (which sounds verbally catchy).  But I am also wary of the "i" and expect it to sound pretty dated in a few years.  iOS does not thrill me but if people are finding iGPS to be straightforward and used then ZIP... right into the Wiki!

Thus far I am attracted to the heno-ontology and onto-choreography in part because they appear to have emerged from within Balder's inspiration rather than at the superficial branding level.  But again I am ready to uptake whatever is either (a) simplistically straightfoward (b) actually "catching" people (c) charmingly peculiar and personal.

One straightforward way to phrase what I am doing in Sophia Speaks is either meta-metaphysics or meta-ontology.  What do you think of using either of those terms as the primary general-level descriptor?

As for heno-ontology and onto-choreography, I am happy for those to be related stand-alone terms and I like how you've briefly summarized them.

:-)  I guess an integral grammatical meta-ontology would be an iGMO

I think "meta-metaphysics" is self-erasing, arcane and indulgent. Flippant.  Meta-ontology is technically accurate but I don't think it is a more competent or more attractive thing than heno-ontology.  In most cases "meta" can be slapped in front of anything without telling us very much.  But I think your "heno" and your "choreography" both add something --  aesthetically and conceptually.

It may not have been terribly clear (or funny!), but I was joking with the iGMO suggestion.  :-)

The way I'm holding these concepts, I see these things generally as various expressions of integral metatheory, with the grammar-lenses on various metaphysical systems affording both integrative and meta-ontological views, whether in the form of grammar philosophy or grammar theology.  The "Six Views" model I began to outline in Sophia Speaks can be applied to more traditionally philosophical or theological systems; in this post, I offered a few suggestions for the latter.

I'm glad you like both heno-ontology and onto-choreography.  I am afraid I'm posting too many "brainstorming" posts on the search for a name for my approach overall -- it's getting a little tedious and repetitive -- so I'll stop that for now.  At the moment, I think it makes sense just to go with something basic and simple, like integral grammar philosophy (which could be shortened, in some circles, to iGPS) or integral grammar ontology.  (I've decided I can't use integral grammatology, since grammatology typically restricts itself to the study of writing systems).

Along that line, how about iMGM for morphological grammar method? Likely some of the rather rabid kennilinguists think what you're doing is mean green meme anyway. 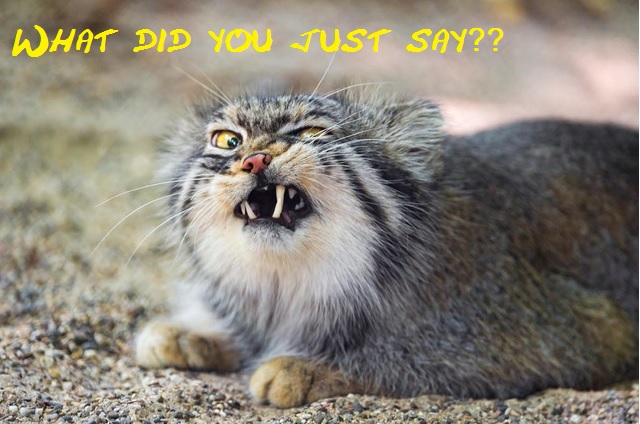 I am happy to see your addition of "perichoresis" (and circumincession) to the Wiki, LP.  It's a central concept in my current writing project; I'm using it in conjunction with (and as an exemplar of) prepositional theology.  For Panikkar, perichoresis is the symbol par excellence for 'radical relativity' or inter-independence (esp. among divinity, humanity, and cosmos), and Sloterdijk highlights it too (in a more psychological sense) in his discussion of spherology.

Yeah, the Wiki has to highlight three types of things:

And then, less emphasized, "individual characters" who have a relevance as relevant signifiers in community discussions.

While I'm here -- what's your current summation of "spherology"?

Spherology is a kind of onto-anthropology, using 'spheres' (and variants: bubbles, macrospheres, foam) as hyper-images which allow us to perceive and explore the many ways human being-in is also being-with -- to explore the world-images that constitute our past and present lived spaces and autopoietic immunological zones or enclosures.  In my terminology, I would say spherology is a theory of generative (en)closures (of all types, from personal, to political, to religious).  It is also a type of media theory, or at least converges with media theory.  As one reviewer puts it:  "There is no subject without intersubjectivity, without medial, interstitial, or transitional space, rich with contradictory tensions."  Sloterdijk, here, is interested in challenging the modern myth of individualism and presenting, instead, a (perichoretic) theory of 'strong relations' -- which is one reason why I included him in my section on prepositional ontology.

Here was my discussion of Slot's spherology in "Sophia Speaks":

One way of understanding Peter Sloterdijk’s (2011a) Spheres trilogy, for instance, is as a meditation upon several related prepositions – with, in, and between – in the interest of moving beyond the metaphysics of individualism and substance, which Sloterdijk (2011b) contends is no longer responsive to the challenges of our age.  Thus, in Bubbles, the first book in the trilogy, Sloterdijk (2011a) critiques the individualist cast of modern subjectivity, and sets up in its place – starting within the fragile, charged spheres of wombs, mother-child relations, lovers’ bonds, therapeutic circles, and the divine Trinitarian perichoresis – an alternate psychology of intimacy, relation, and co-being.  In his subsequent texts, he charts the historical rise and collapse of traditional monospheric metaphysics, lays the groundwork for a theory of globalization, and (following Jakob von Uexküll, among others) articulates a pluralist topology of fragile, interdependent, overlapping and intersecting lived spaces and relations, which he calls foam.  Sounding a little like Nancy, Sloterdijk (2009) says:

All being-in-the-world possesses the traits of coexistence. The question of being so hotly debated by philosophers can be asked here in terms of the coexistence of people and things in connective spaces. That implies a quadruple relationship: Being means someone (1) being together with someone else (2) and with something else (3) in something (4). This formula describes the minimum complexity you need to construct in order to arrive at an appropriate concept of world. (p. 7)

The prepositions in his description – in and with – are not merely incidental to it; they are words he stops and lingers over throughout his works.  When he says that being means someone being together with someone else, he is pronouncing the with, the being singular plural, of Nancy; but when he adds “with something else” and “in something,” he moves beyond the intimate dyads of the womb or the intersubjective “bubbles” of his first book, to a more explicit acknowledgement of the non-human and the fact of our inescapable situatedness in concrete spaces which have their own demands.  The preposition “in” is enigmatic, he suggests, because it illuminates a paradox: we are always both “in” and “outside” at once, both dependent on having a supportive space for our own existence, and never finally established in any one space or another19 (Sloterdijk, 2009).  We are fond of the freedom of openness, of being unbound, but the “in” (and here he means something concrete: a womb, a family, a house, a language, a culture, a biome, a planet) is essential: it provides immunity against the all-devouring void, the threat of non-existence, an unbounded ecstasy which would be our own undoing.

But in acknowledging our need for supportive wombs and shelters, he never wants us to forget the impermanent, provisional nature of the walls which encase and define us, and which make possible our adventures and relations in the world:

In placing the image of the bubble at the center of my reflections, I wish to underline my serious intention to further the revision of substance fetishism and metaphysical individualism. This means beginning with the most fragile, with what we have in common: that is, beginning in the breathiest space, in a thin-walled structure, which, owing to its fragile form and transparent appearance, already gives us to understand that we are supported neither by a security in foundation, and less still by an inconcussum or some other rocky base, whether outside or inside.  It implies that we accept the suggestion to follow a movement of flight in suspension, like a child blowing soap bubbles in the air with a straw, his/her gaze following enthusiastically its works of art until the point that these colored things burst.  (Sloterdijk, 2011b, pp. 139-140)

The sentiment here is almost Buddhist: all that we see, all that defines us, all with and in and towards which we move, is like a bubble, a dream, a flash of summer lightning.  In positing the “with,” it also takes it away; the bubble of our being-together quivers only thinly on the edge of existence.

Nicely done. Very academic yet with a poetical, rhetorical flair.