The videos do not permit embedding, so here is a link to the first in the series.

Hi Bruce - I've just finished reading a memoir by Mark Lee about J Krishnamurti. I think you would like it. It was quite nostalgic for me from a few angles and some of those may have some commonality with you.

As you know, Mark, who was the first director and a prime-mover of the oak grove school, a trustee and director of the KFA, married an Indian woman, as did you, and as did I. Mark, Asha, my wife and I spent some time together as a result largely of this ethnic bond, as well as around K's teachings. Though for 45 years, starting with being stopped by K and invited to lunch in 1965, seemingly randomly, Mark was deeply impacted by Krishnamurti and a life's work in service of his radical offerings. I was quite impacted, though in a much lesser way, and I moved sideways to other things. You too were significantly impacted. Mark taught at Rishi Valley School in 1965, and you at Rajghat, later.

Also later in the book, the early years at Arya Vihara in Ojai was mentioned including the pre school-formation period in 1975 when there was clean-up of the grounds, for which I drove over to help with. (I first heard about Krish by a university teacher in 1969, and once I got started reading and listening to him it was about 15 years of variably intense inner involvement and attempt to grok what was being said and done, until he died in 1986.) I helped build the high school, and that construction was in the book.

Mark had a unique connection with K, as apparently did various people, and he has his experience and his way of rendering a K story. Quite richly, clearly, honestly, though also delicate in manner. He does mention some of the controversies, legal and financial issues, and some of the difficulties that school staffs and others sometimes had with trying to live K's teachings and to get along with him. The writing is mostly respectful and well-accounted for.

I have ear-marked a number of passages to transcribe to whet your and others’ interest, but I will not get to the work of transcribing them here, now. There is mention of Rajghat, descriptions of landscapes and culture, and Mark meeting with the Dalai Lama in the mid 60‘s for K, about education. There is much that is fascinating, including some woowoo and some "siddhi" acknowledgment by others. You will know and/or have heard of plenty of the players, This book has some scope.

What a phenomenon he was, eh! 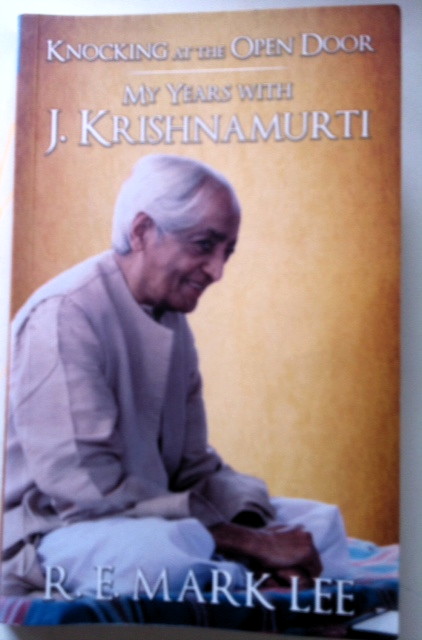 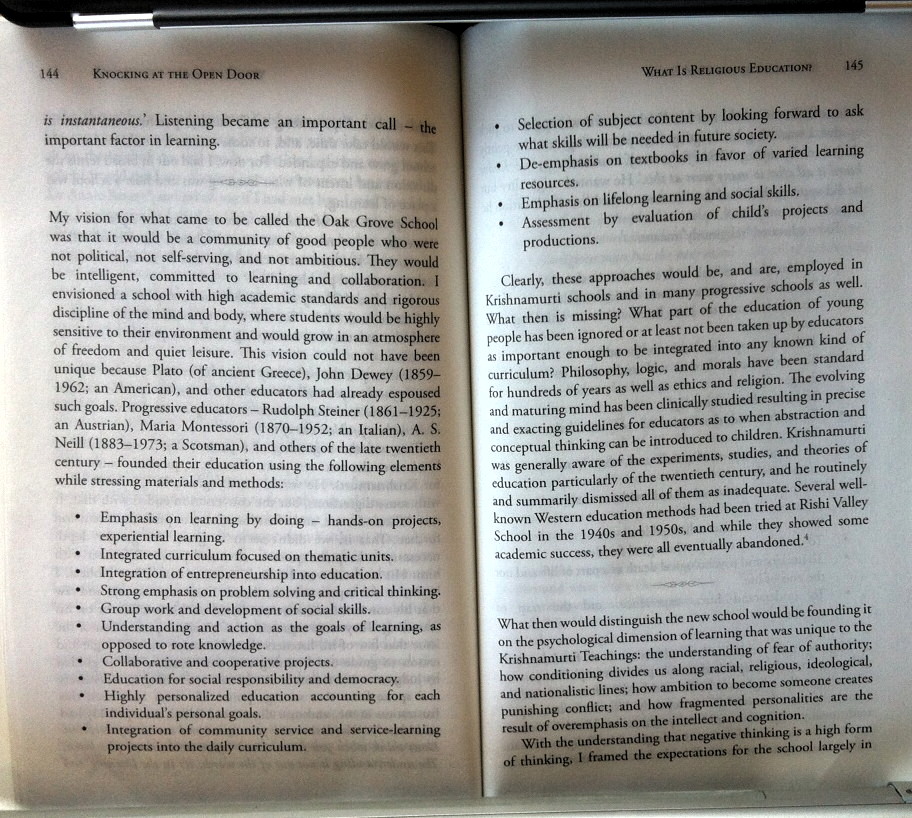 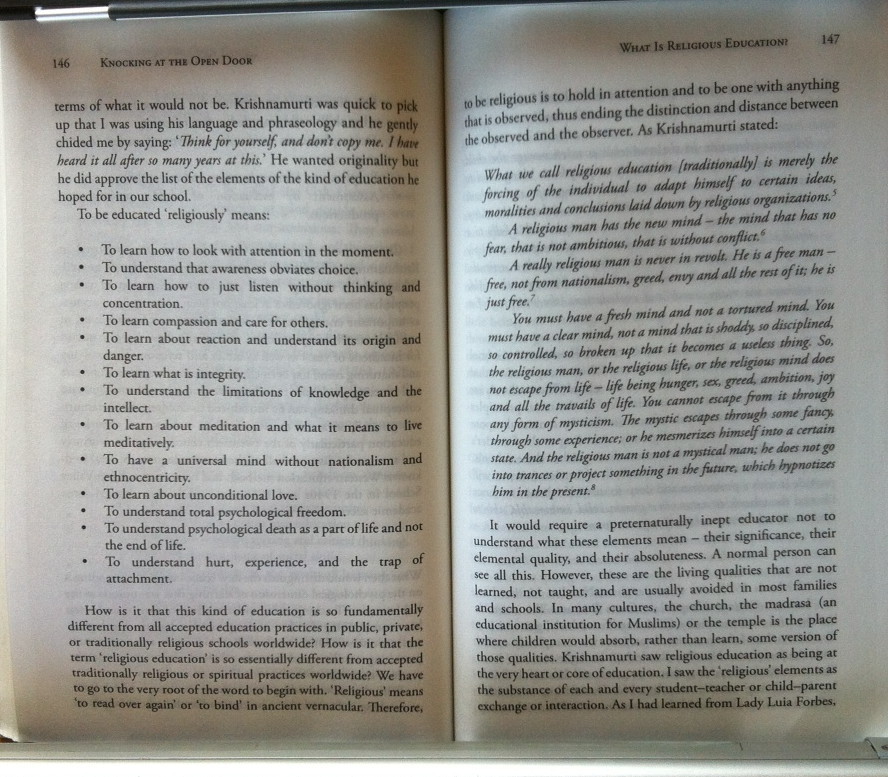 For one thing, it speaks to the fact that there are a lot of strong feelings about Krishnamurti and the topic, and maybe, I think to a lesser extent, strong feelings about Mark as he has 'tried' to live and create and co-create the visionary possibilities that k enjoined and spoke of, in his oft puzzling and koanic ways.

I also can guess by identifying initials of one or more reviewers that they have some personal history with the school and thereby Mark and were unhappy with how their involvements were rendered or intimated. To my ears the rendering was fairly moderate, yet strong emotions are awakened.

This seems not entirely unlike the phenomena of Ken Wilber, Mark Gafni, Andrew Cohen, and others. It seems to me that the strong charges have mostly to do with people, us, feeling let down and such, to the extent of our own interiors characteristics and resolutions. Something like that.

There is a broad range of impressions, interpretations, and conclusions.

Pardon me if the last paragraph came off as cranky:(

Initially,( years ago) I had hoped that any Integral stage religion would be posited and framed within various parameters of uncertainly and not projected dogmatically ; but rather , held as spiritual hypothesis . Also, ( and i see this as being very difficult) integral stage religious hypothesis would distance itself from various types of finance and capital which are responsible for the destruction of the earths life/eco systems .

It should be noted that any religion I hypothesize are framed within these parameters .