Report from the Field (Close Encounters!)

Before I join back in the various discussions here, I want to make a report on my recent “close encounters” in the UK.  As some of you may know, years ago, I worked as a transcriptionist for Dr. Steven Greer, transcribing the testimony of numerous witnesses (NORAD employees, other government and military officials, pilots, etc) for what eventually became known as the Disclosure Project.  Although I’ve never been fully convinced we’re being visited by extra-terrestrials, some of this testimony was quite interesting and compelling, and seemed to be coming from credible sources, so I’ve kept an open mind on the subject.  (I believe without doubt that life exists on other planets; I’ve been less sure that any of it has ever made it to the Earth.)

But while I’ve kept a generally open mind about the possibility of our having been visited by ETs, I approached this recent UK trip with Greer with a good bit of skepticism.  The basic purpose for our week-long excursion was not only to go out UFO-watching, but to attempt to initiate or intend “contact” experiences.  Most “close encounter” experiences are passive; these events just happen.  A close encounter of the fifth kind, however, is active: humans actively attempt to communicate with ETs, to initiate an interaction or relationship of some kind.  Going into this event, I only knew that the protocol was to use meditation to attempt to open contact or communication with ETs, and that Dr. Greer used various electronic devices to detect anomalous energy signatures and such during these “events.”  This seemed like a far-fetched proposal, but the opportunity had presented itself to me to do this (at no cost), so I decided to approach it openly and to perform the exercises in earnest.  And coming back now from this experience, I have to admit that something unusual did happen.   I don’t know how to interpret everything that happened, but neither can I write it all off as New Age wishful thinking or fantasy.

There is a lot I could write about, from various experiences that happened over the week, to the strange and interesting amalgam of paradigms that were presented (Vedic non-dual spirituality, UFO/ET culture and narratives, and alternative / open-source energy initiatives, among other things), but for now I will focus just on one of the nights’ experiences.  (We visited various crop circles and ancient historical sites during the day, and then in the evenings – from about 9 am till 2 am – we would be out in the field doing meditation and attempting to initiate contact).

About midway through the week, we went to visit Stonehenge and the nearby barrow mounds during the day, and then returned to the barrow mounds in the evening to do our practice.  We set up camp at the base of one of the barrows, in order to stay out of the wind.  (It sometimes rained or got very cold at night, so we dressed in layers, had rain gear, and did our best to weather the elements).  The day before, Dr. Greer had closed our nighttime practice session by instructing us to ask in our dreams or subsequent meditations if there were any “messages” that we might receive about what would happen the following day.  An Australian lady reported that she had gotten quite a detailed message:  1) a lot of activity would be observed at the zenith of the sky; 2) we should watch out for sudden changes in temperature; 3) there would be beings present with us on a subtle level; 4) these beings would do “open heart surgery” (metaphorically / spiritually) on Dr. Greer, who used to be an emergency room surgeon.  While she was talking, several people, including Tom Clearwater, were taking pictures.  Right after she finished talking, Tom exclaimed that something unusual had shown up on one of his photos: a pink light was emerging from Dr. Greer’s chest in his heart area.  He passed his camera around and we all were able to see the light on his chest.  As the evening progressed, we watched the skies and saw a number of unusual moving lights, most at the zenith of the sky but some elsewhere.  There was a group of lights, for instance, that moved together for awhile in a perfect triangle formation, which then separated and went different ways.

Several people reported seeing various lights or luminous spheres appearing in the group, including a large sphere that appeared between and behind me and my wife.  (This had also happened previously).  I didn’t see anything, but some photos that people took did show strange lights in the midst of our group.

At one point, Dr. Greer led a meditation and asked us to enter a causal state and then to just open to whatever presented itself on a subtle level.  I found myself seeing a very sharp and clear set of rooms or structures of some sort, nested together and leading deeper and deeper into some hidden core.  I felt energy and excitement mounting as I approached the core, but then the meditation ended.  When we were asked to report what we’d experienced, several people described having seen or sensed a pyramid-like structure; some saw a single structure, while others saw two pyramids meeting at the point.  The sky throughout our meeting had been very clear – Dr. Greer was able to fire a powerful green laser about 2 miles up into the sky – but suddenly there was a very low, thick cloud right over us.  The laser only went up about 30 feet and then was blocked.  People started feeling warm.  When I turned my face to the sky, I felt a powerful heat on my face, as if I was turning my face towards a heater or a fire (though the night was quite cold.)  A deep stillness had settled all around us.

Eventually we finished between 2 and 3 am and went home.  The following day, we went out to the countryside to eat dinner at a famous pub.  One of our members started talking to a local in the pub and it turned out she was a crop circle expert who ran a crop circle website.  She asked him if he knew that a crop circle had appeared yesterday.  He said he hadn’t heard that, so she told him that it had appeared in a field next to the barrows by Stonehenge, nearby where we had been meditating all night.  News of this spread quickly to the rest of our group (we were sitting outside at some picnic tables) and she came out to show all of us a picture of the crop circle, which had been discovered at 4 am when the farmer went out to his field.  It was in the shape of a pyramid.  This is it: 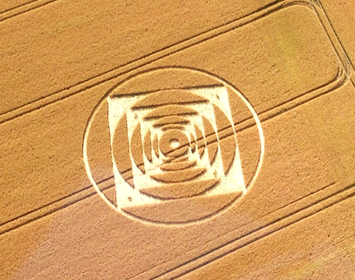 The following day, we decided to go visit it.  The farmer refused to let anyone onto his field, so we were only able to go down a public access road (really, a dirt path) that ran along the fence to his property.  From there, we could see there was an area of the field where the grass appeared to be missing, but couldn’t make out much of a pattern.  We sat on the trail by the field for our afternoon session, and a number of helicopters, both military and commercial, circled over the field, apparently observing and taking pictures of the crop circle.  At one point, my wife snuck away from us and actually went into the field.  She found the crop circle and walked around inside it.  She said it was huge, pristine, and beautifully made. 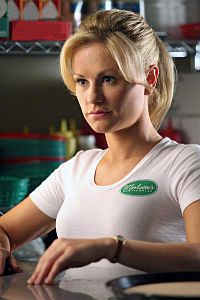 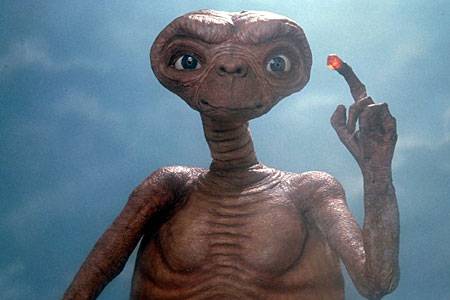 :-)  We had one member of the group who looked like her, so we didn't need to do a lot of projecting.

Greer himself has a physique that would make Ken Wilber envious.