Here, I'm not so much interested in Dennett's ideas on consciousness as I am in his ideas concerning privileged access.

I'm not all that impressed with this talk -- not that it's not good -- but he really only presents one piece of evidence, and we are lead to the inference that we don't know our own minds only indirectly through that evidence. I was hoping for something a bit stronger.

I like though how he incorporates real time thought experiments into his work.

Tom:  My notion of development has a non-conceptual ground, which is a very different (because non-causal) view of development than that given in typical (causal prior-produced-present, matter-produces-consciousness) notions of "history."  Non-causal is non-linear, and non-linear implies an unknowable future that will change the present in unknowable ways---absolutely no idea what those could be whatever.  Consider the jump from classical to quantum physics: who ever woulda predicted?  The present is therefore to that measure unknowable, which is why I asked you what history could possibly mean if the idea of history is historical.  It simply means that history has to go historical (unknown).  My idea of development, fwiw, is developmental in that sense.  Unknowable = non-conceptual.  Non-conceptual is a non-dual seeing mode, hence, say, Godel's ability to "see" a system.

I can -- and do -- think discussions of 'history' can be conceptualized in similar terms: probabilistic, rather than strict linear-determinative.  In looking at what goes 'into' tacit knowing, and saying we need to include this and this, as I did in my post a day or two ago, I am not suggesting a linear 1+1 causal chain, but rather saying we need to bring in the whole observational situation -- science as if situation mattered -- when understanding the 'outcome' of a tacit/implicatory inquiry. 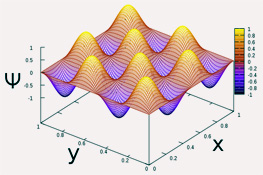 Yes, 'beyond physical' is a different meaning of 'metaphysical' than is intended in this forum, as I expect you have gathered.

There is a 'danger,' in my view, when speaking about implicatory thinking, especially if framed largely in 1-p terms, of privileging (or appearing to privilege) the 'individual inquiring subject' in a manner that parallels the privileging of the abstracted (subject-less, non-contextual) individual 'objective measuring event' in classical physics, which is why I made the cautionary notes I did (about acknowledging a fuller -- AQAL -- context for the inquiry).

I'm not sure wholeness can be experienced.  That's another ex-word.  :-)

Permalink Reply by Nicole on September 5, 2011 at 12:45pm
Etymology of experience
Experience comes from the Latin experientia from the verb experior from perior (try, attempt), which derives from the Greek verb peirao (try, attempt, test, get experience; πειράω).
See also Post 76 (Etymology of Pirate)
http://ewonago.blogspot.com/2009/02/etymology-of-experience-expert....


Wholeness can be known, says/implies Bohr, Wilber, Godel, Ramana, Papaji, Krishnamurti---name your favourite wonk.  One has to give oneself to the contradictions that arise, fully.  That result of that giving is privileged from access---I myself cannot access it---until the giving occurs.  This is real-life stuff, which is why I love the word experience.  It means «as from out of per»---peril.

I was thinking of Krishnamurti, who says it is not an experience, and of Bortoft, who calls it an active absence (and calls the experienced whole a counterfeit whole).

In any event, regarding my cautionary comments about -- and AQAL contextualizing of -- implicatory thinking, I don't think your response (about wholeness being contra-ex and an internal revelation) really meets what I was getting at.  But I'm a little worn out now.  Maybe I'll try again later.

Permalink Reply by Balder on September 5, 2011 at 1:01pm
I'm not talking about contextualizing wholeness.  We seem to be talking past each other.   Maybe more later.


Nicole, yes, try, attempt, test, go.  These are all forward-connoting words, which is what the root per means, "to press forward."  The deep Indo-European root of experience/peril/experiment is "to try, risk."  Interestingly, our English word fear traces to this same root.  F-e-a-r = p-e-r with only a small pronunciation change for "p."  Same word.

"There is a way of moving in this world unaided by certainty .....with mind wide open and closed to answers, feel for the way"

Tom, I'm so grateful you're here speaking it as you see it, as I feel you've brought a breath of fresh air to The Conversation that exists within so many conversations here, conversations that so often seem, almost inevitably, to turn back in on themselves and grind to a halt.

And recently I read someone here asking where Steven (Nickeson) was, so Steven, if you're still from time to time stopping by here and happen to read this, all I can say is I wish you were still around contributing.

And as ever I'm grateful to you, brother B., for all your work in fostering and helping to unfold, as well as of course contribute to, such potently rich dialogue here.

I would like at this point to be able to quote from a source whom I admire tremendously concerning knowledge and experience, but I don't feel able to until I've received permission, which I'm awaiting.

There is a way of moving in this world unaided by certainty ..........with mind wide open and closed to answers, feel for the way

Lol, nice to see you here again!  Tom, here is a brief reply for now:

Tom:  But back to further implications of adopting a non-causal view.  In such view, so far as I've experienced, knowledge is no longer knowledge-about as if observer and observed could be separate.  Knowledge is rather for me something of the play of is where correctness plays a secondary role and everything is meaningful because a play of whatever patterns are here and now.  This understanding of knowledge sidelines the view of knowing that sees infinite progression to some never attainable full knowledge.  I no longer struggle with that asymptotic frame.  I no longer experience the doubt that frame inspires.  What's to doubt when what is is?

Yes, this sounds similar, in some ways, to view I've been calling 'integral postmetaphysical,' such as I presented in my Kingdom Come paper at the recent Integral Theory conference.  I've also argued, not from a 'non-causal' perspective but in my own terms, that knowledge in the view I'm presenting is not to be conceived as asymptotically approaching an ideal final fullness or completeness.  This is why I raised my concerns with you, early on in the Quantum Enlightenment thread, when you were referring to The All or The Totality, since that evoked for me the picture of an ideal full something that we are forever approaching and 'approximating.'  (Or, conversely, that could be conceived as a collection of 'objects' which consciousness perhaps could apprehend in their totality).  Both of which would be problematic from the point of view we've been exploring and developing here.

Tom:  What is wholeness?  It is: I am I because you are you and you are you because I am I.  In quantum physics terms, it is: the observed phenomenon (the wave or particle effect) is as it is because the measuring situation is as it is.  Literally, the observer and observed are not-two.

The quote above is from early on in the Quantum Enlightenment thread.  I like that you said not-two, rather than one.  "The observer is the observed," familiar to me from Krishnamurti as well as Bohr, is not quite adequate for me, at least to the extent that it implies simple identity or numerical oneness.  I'd prefer to say, observer and observed are not-two (and not-one).

P.S.  Concerning Nickeson not being here, I removed him from the forum about a year ago.  You can PM me if you have questions about why, or would like to request me to invite him back here.  I'd do that if enough people wanted that.

My own 2 cents. I too appreciate a lot of what Tom has to say and we found ground for much agreement in the QE thread. But obviously we also disagree on some very fundamental issues of interpretation, to be expected. I admit to being ad hominemy about the latter and conditionally apologize when it's over the top,  but since we cannot separate observer from the observed it seems fair game to go after personal interpretations (and personalities), and that ad hominem portrayed as a bad thing in debate is a holdover perspective from a "lower level."

Bringing it back to the thread topic, I find Tom's specific privileged access (PA) arguments to display the same kind of hubris typical of PA in general. And along the same lines of historical spiritual figures kela mentioned using that type of argument to support their consciousness-reality conflation. Now the terms are observer and observed from QM, same difference. Which makes sense why this appeals to those of us involved with some traditional metaphysical paths with the same root claims.

"Which makes sense why this appeals to those of us involved with some traditional metaphysical paths with the same root claims."

Clearly being one who finds Tom's input appealing, let me say I don't take issue with being implicated by the above statement, but would take issue if I thought the above was meant as some kind of put-down.

To my mind saying "traditional metaphysical paths with the same root claims" serves to situate (dump, really) a person referenced above, such as myself, on the magico-mythical floor, with all that's implied by that, and notwithstanding certain so-called traditional metaphysical paths' apparent inability to validate what are generally taken as truth-claims, I'm not so certain that is always going to appear relevant.

Unlike some (unnamed), I do NOT label a person, or an entire religion or school of philosophy for that matter, entirely at one level of development or under one category like "metaphysical." It is quite a mixed bag for all of us. I find much in Buddhism generally that seems postmetaphysical to me. I do find a type of monism though in some aspects of Buddhism* with claims to privileged access to be metaphysical so in that regard only (at least for this moment) was my criticism aimed.

*Specifics provided in links in the OOO thread.