Underlying our tech vision is a gnostic belief system of leaving the body behind, as it is an inferior biological system thwarting our evolution. Hence all the goals of downloading our supposed consciousness into a machine. It's an anti-human and anti-environment religion that has no concern for either, imagining that tech is our ultimate savior.And ironic enough, it's a belief system that teamed up with the US human potential movement at Esalen. What started as an embodied based human potential program, with practices geared at integrating our minds with our bodies and the environment, got sidetracked by this glorious evolution beyond all that messy material and biological stuff.And then there's the devil's bargain of this religion with our social media, like Facebook and Google, who use tech merely as a means of manipulating us for their own capitalistic purposes. Apparently it has been accepted that there is no alternative to capitalism, since the latter also assumes that humanity is strictly utilitarian and self-interested, the latter also being just mere algorithmic computations determined by an equally algorithmic ‘natural’ selection. Since tech can do all that better then what’s all the fuss?
Btw, in terms of the above's relationship to IPS, the spirituality of Esalen and the human potential movement, to which this forum is heir, has morphed their vision of human evolution to fit the machine. To what degree are we Facefucks unconsciously submitting to tech's vision and manipulation?

"Apparently it has been accepted that there is no alternative to capitalism". Indeed. This is the biggest barrier in our minds that World Summit Movement is trying to break down. Rushkoff is making some profound points in his newest book and recent talks. Thanks Edward.

I discussed this in my paper, how the 'conscious capitalism' of Whole Foods would fall prey to Amazon's degenerate capitalism, thereby undermining its own proclaimed conscious upgrading of a defunct system: Whole Foods cuts worker hours after Amazon introduces minimum wage.

This video is in line with my paper's criticism of conscious capitalism. Dems capitulated to the swamp. And that ain't going to cut it. Old school Dems assumed corporate capitalism was a given and with good intentions thought with some tweaks that things could get better within it. However the new progressives Dems, to keep winning and to effect real change, have to fight that corrupt system, take names and kick asses, because the current capitalistic system is the problem.

To end climate chaos we must end capitalism. My paper agrees with this assessment.

"We need to fundamentally re-evaluate our relationship to ownership, work and capital. The impact of a dramatic reconfiguration of the industrial economy require similarly large changes to the welfare state. Basic incomes, large-scale public works programmes, everything has to be on the table to ensure that the oncoming system shocks do not leave vast swathes of the global population starving and destitute. Perhaps even more fundamentally, we cannot continue to treat the welfare system as a tool for disciplining the supposedly idle underclasses. Our system must be reformed with a more humane view of worklessness, poverty and migration than we have now."

"This is reality versus the vested interests of the powerful. Any meaningful policy has to upset the established power base and the political donor class. Any policy that doesn’t upset these people will be useless. To pretend that we can compromise our way through this while we wait for a magical, technological bullet that will keep temperatures down without costing us anything is beyond willful ignorance now. It is a question of basic morality."

Mascolo notes that the "multiple strands that weave in and out of each other" requiring "higher-order skills" of "constructive differentiation and inter-coordination of skill elements from diverse task domains" is much more in line with my theurjism 'hier(an)archical synplexity,' and Edwards' et al notion of syntegrity. It is the way the collaborative commons operates, a different organizing paradigm.

Chapter 33 of Ruskoff's Team Human on persuasive technology (PT) reminds me of my IR paper. A point in my paper is that typically unconscious engagement in the dominant socio-economic system, in this case capitalism, shapes our internal attitudes and opinions. The same is the case for PT, which is designed to get us to trust the platform when in fact what it provides us is sources that have paid to be highlighted. The sources that don’t pay get no promotion, hence we are presented with a self-reinforcing habit of buying ideas and products that don’t support open sourcing or shared information that might challenge the limited profit agenda. Our online and digital behavior unconsciously shapes our attitudes and opinions.

Yep we've created a monster within our systems quadrant. 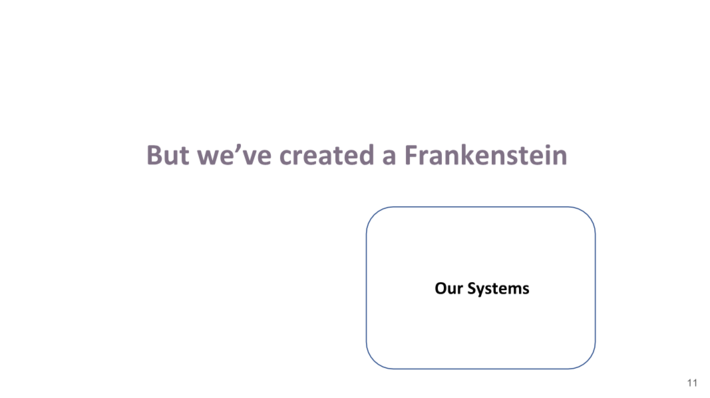 Ruskoff's section on economics is a critique of capitalism. Capitalism is the underlying operating system driving our tech. Its very purpose is to extract wealth for shareholders at the expense of everyone else. Chartered monopolies (which grew into corporations) and central currency were created to funnel wealth to the aristocratic capital owners and enslave the rest as part of its machine. It was feudalism on steroids. And constant growth is required to feed the machine, regardless of any human or environmental consequences.

Corporate person hood is the epitome of the machine over the human. They are like digital environments in that way, abstract and devoid of embodied humanity. Adam Smith saw this are realized that capital must be balanced with labor and the environment in order to avoid a purely capitalistic orientation of unending growth.

The only way the latter can be accomplished is through further abstraction. Derivatives were created to enhance growth but they are completely disconnected from concrete goods and services. They of course, in the form of worthless mortgage-backed securities, led to the financial crash.

Ending climate change requires the end of capitalism, an excerpt:

"We will simply have to throw the kitchen sink at this. Policy tweaks such as a carbon tax won’t do it. We need to fundamentally re-evaluate our relationship to ownership, work and capital. The impact of a dramatic reconfiguration of the industrial economy require similarly large changes to the welfare state. Basic incomes, large-scale public works programmes, everything has to be on the table to ensure that the oncoming system shocks do not leave vast swathes of the global population starving and destitute. Perhaps even more fundamentally, we cannot continue to treat the welfare system as a tool for disciplining the supposedly idle underclasses. Our system must be reformed with a more humane view of worklessness, poverty and migration than we have now."

In Chapter One of The Listening Society Freinacht defines the sociological 'center' pragmatically, more in terms of its dominant competitive functionality than some lame compromise between liberal and conservative. And this is particular to the Nordic countries where what he calls Green Social Liberalism has proven to work best, a worldview that has transcended and replaced its predecessors, a point I made in my paper."There is no 'center' in any strict, analytical sense. What we have is one victorious meta-ideology, one recipe for society that has beaten its competitors when it comes to functionality and rhetorical edge. It is this meta-ideology that is disguised as a 'center,' as being the sensible, moderate form of politics. The 'middle' is a position that under other circumstances would have appeared as extreme. […] This meta-ideology is dominant simply because it is superior under the current economic, technological, socio-psychological, and historical circumstances. This doesn't give Green Social Liberalism any transcendental value or divine justification. It just happens to have a competitive edge under the current circumstances."He also makes a point I made in my paper, that this best to date system is necessary from which to launch the emerging system, what I call the Collaborative Commons. Elements of social democracy will set the stage for this emerging worldview that will transcend and replace it, but we need to at least come up to that worldview first before we can go beyond it. Hence we have a dual task: To reinstate a social democracy in the US, while also envisioning, supporting and implementing the Collaborative Commons as what's next."How about taking a sober look at the new political landscape, and from there develop a new ideology based on the already dominant Green Social Liberalism? Can you take the full consequences of it--and raise it to a new and higher level? […] See 'the center' for what it is--the total victory on one ideology over all alternatives. And then use it. Break it's limits."

Good new post by Bonnitta Roy on complex potential states. She uses process philosophy to challenge the limiting paradigm of complexity science, partly because it tries to explain everything in its own terms. Her suggestion is "a shift from thinking in terms of adaptive pressure and escalating complexity, toward a more process philosophical view where systems are not bounded entities with agency that struggle to adapt, but are construed as relational states composed by all agents that strive to advance."
The latter are potential states that have different possibilities that can cohere into actual occasions under the right conditions. Yet these potentials subsist the existence of actual occasions and continue to affect the latter. This is highly reminiscent of the discussion of convergent and divergent thought above, and indicative of what I'm calling hier(an)archical synplexity.
This last quote highlights what I see as how the collaborative commons works through this process, in distinction from the enlightened heroes figuring it all out from their complex ivory towers which supposedly and hopefully 'trickles down' to the rest of us.
"In a world as diverse in people and rich in meanings as ours, big change might come from small acts by everyone operating everywhere in the contexts that already present themselves in their ordinary lives."