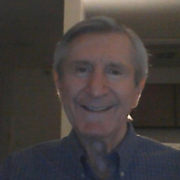 States, stages, the WC lattice and the fold

I decided to move this post over to its own thread to work on this. I'll also move other related past posts over from other threads to riff on later.

The last post reminded me of something I've been working on using Bergson via Bryant. It's not completely thought through yet, with gaps still, but I thought I'd get it down here and then work on it further.

Now where Bryant might be akin to something like the MHC is in his endo-relational organizational structure. Recall in TDOO his distinction between exo- and endo-relations, and its correlation with intensional and extensional relations in a set (212). Endo-relations reside in the structural organization of its elements, the elements themselves not being autonomous entities. Hence the elements of this set cannot be otherwise; they must be in a relatively fixed pattern to maintain an entity's autonomy (214).

Bryant uses Bergson's diagram on memory to show how endo-relations are maintained (232).

It is similar to hierarchical nests but not quite. ABCD shows the unfoldment of an entity over time. A'B'C'D' show the memory of the entity, which feeds back into its unfoldment and also allows for future anticipation. But what is unfolded and remembered-anticipated is how an entity selectively organizes its structural elements in relation to its environment. This can and does change in response to these relations, but even when it changes it maintains a relatively stable endo-relational structure to maintain autonomy.

Where Bryant didn't go with this, and I do, is in relating this to the Wilber-Combs lattice. As I've laid out in different posts and threads, we might loosely correlate A'B'C'D' with our early development using MHC's stages with Gebser's, from pre-operational/archaic (D') to primary/magic (C') to concrete/mythic (B') to abstract-rational (A'). Formal rationality begins at A, which can be then trained to retrieve through focus and memory to integrate the previous levels throuch meditative or contemplative methods.

But here is where it diverges with the MHC and uses a twist or fold in the W-C lattice. I've claimed that the MHC continues to get more complicated with it's postformal stages, not fully remembering and then integrating the previous stages by not taking into account how the meditative process works. When integrated via meditation there is a fold or twist in both the W-C lattice and in Bergson's diagram above. Hence we get something more akin to Levin's bodies as the integrative process unfolds in reverse order, the prior magic and mythic becoming the transpersonal and the prior archaic becoming the ontological.

This relates to the W-C lattice in that the higher stages are the meditative integration of earlier state-stages in reverse order: gross-abstract, subtle-magic/mythic, causal-archaic. These are the third tier in the lattice. But whereas the lattice continues to differentiate states from stages in postformal levels a la the MHC, the states and stages undergo a transformation in the fulcrum of formal operations with meditation. i.e., they are heretofore more fully integrated and that differentiation is now replaced a la Gebserian IA awaring and the prior analysis-synthesis (de-re) above.

Relating this back to Bryant's endo-relational structure, the endo-relational elements are structurally organized in a specific and nested way akin to transcend and include. Wilber senses that there is a difference between enduring and transitional structures akin to Bryant's endo- and exo-relations. Wilber even uses Luhmann in ways similar to Bryant but not in this way, since Wilber's enduring structures are cogntive like pre-formal to concrete to rational. These would be more akin to Luhmann's independent and autonomous exo-relations.